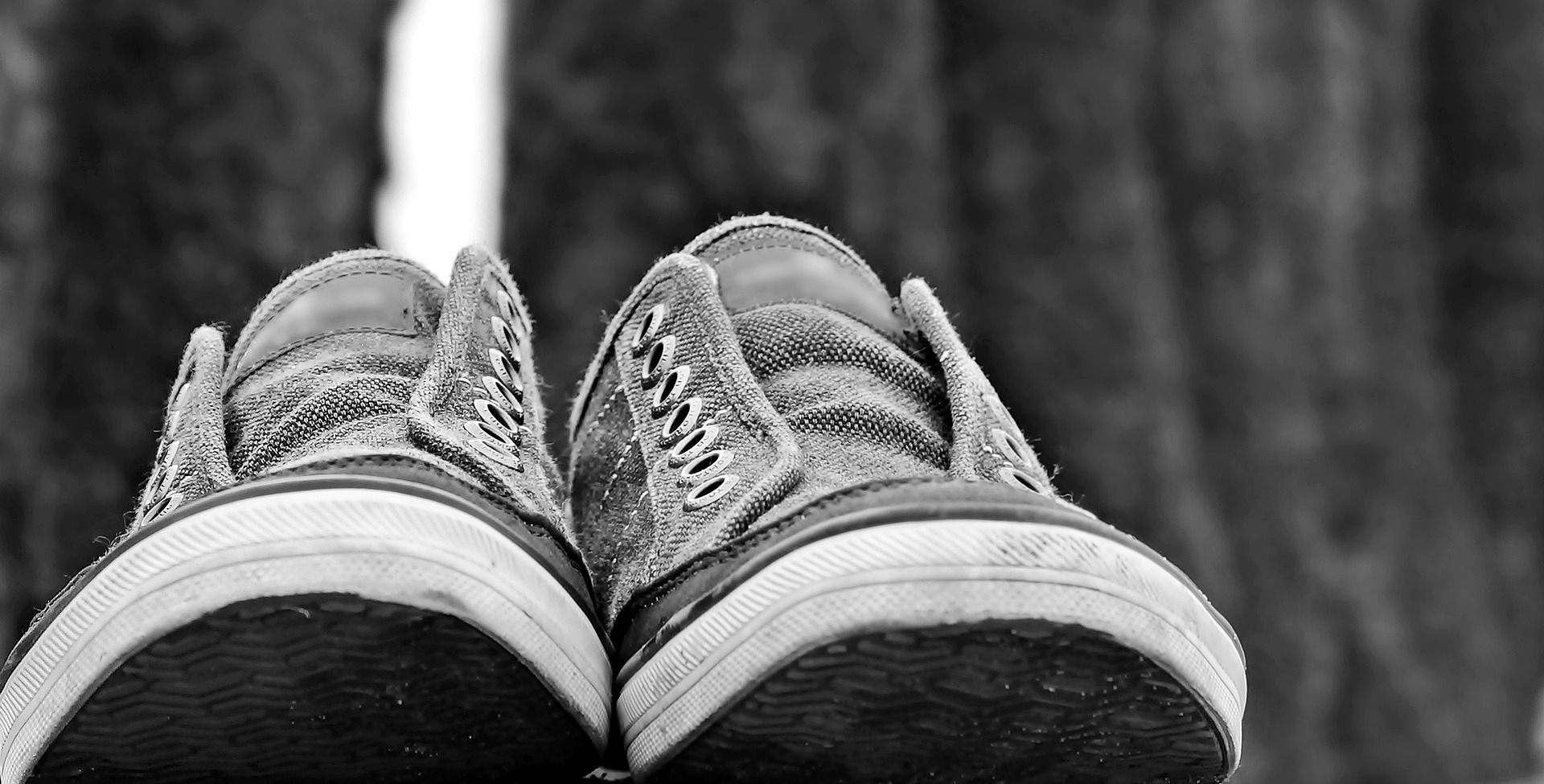 Does anything really change?

Will the kids really be gone? Will they ever talk to me again?

Do finances get a breather?

Are you happy? Are you sad?

These were all the questions I had when I began accepting that my kids were growing up and would be leaving the nest soon. Which is to say that I didn’t begin processing this until about a month and a half ago. Gee Whiz, I had to mourn all the “last time we’ll _____” moments. Last field show, last high school parent meeting (I may have ditched that one), last award assembly, and so on.

I don’t have all the answers yet, but I’ll let you in on what I know so far.

Well, it’s the cliched roller coaster of emotions. One moment we’re racing down the track and I’m clinging to a child, crying over how much I’m going to miss him, how grown up he is, and how proud of him we are.

The next moment, we’re slowly climbing the track and I’m staring at one of the boys in disbelief and debating if he is really ready to be out on his own. Surely, he can’t live without me. That last comment or antic proved it.

Then I remember they are still teens. They still have a lot to learn and they are ready to tackle life and learn valuable lessons of what works and what doesn’t. Which leads me to panic because I’m sure it’s all my fault if they don’t know something important – like how to shop frugally. Did I really teach them enough? Did I teach them the right things? The hardest part of beating myself up like that is that I won’t know for a few years whether or not I’ve taught them enough.

Does Anything Really Change?

Obviously, they aren’t in the house all the time. Then again, most high schoolers with busy agendas aren’t home much anyway. And the last few days before we took Twin B to college were pretty much typical life. Me stressing about what he needs to get done and he telling me he’s got it, it’s fine.

Twin A’s last few days are going a smidge better with lots of preparation ahead of time. Mainly because his school runs on quarters and not semesters. His brother and most of their friends are already in school.

Sending one twin off seemed hard, but having one at home has made it bearable. I guess it’s kind of the same feeling as when our oldest moved out. He’s nearby, which gives me the feeling that I can see him whenever I want, but then again, he’s working and it’s not always easy to get together. Plus, when he moved, we still had the twins at home so things were still active and crazy.

It has felt weird when we have dinner and there are only three bodies instead of four at the table. Or when we go to see relatives it’s weird calling one child. The laundry is fine only because I made the boys start doing their own so they could learn before heading off to college.

Food consumption has gone down. Not really drastic, but enough that there’s no arguments over who gets the last burger or seltzer water or scoop of ice cream.

Probably the biggest thing I’m having a hard time adjusting to is the quiet. I no longer hear random arguments or bursts of laughter from the boys’ room. That gets to me. There is definitely an empty hole there.

Will the kids really be gone? Will they ever talk to me again?

Yes, they will be gone. At least for us because they chose schools on the other side of the state. And you can’t cross Washington State in two hours. This isn’t Delaware. Come to think of it I have no clue how long it would take to cross the state of Delaware, so if you know, give me a head’s up. For all I know traffic might make it a nightmare.

However, the kids will be back. They will be back for holidays and for summer break. At least I’m positive of that for this year. Who knows what next year will bring. Maybe one will transfer to a school closer to home. Maybe they’ll both decide to live off-campus and get jobs that they’ll retain through the summer. For this first year, I’m sure they’ll be back.

Yes, the kids will still talk to me. Rest assured that yours will still talk with you as well. I’ve been texting Twin B at college, fearful that he’s secretly missing us – uh, no, he’s not. However, he called three days after we left him. He needed to know how to work the washing machine at school (thank you for having a different model than us WSU!) He’s also called when he needed a software program for school. I’m sure if his food budget runs low, we’ll get a call then, too.

Simply put, we’ll get calls for money and how to solve whatever machine he’s unfamiliar with. Everything else we don’t know. Remember, he’s (they are) 18, they still know everything and we’re still too old to know anything – in their book.

Those aren’t my preferred reasons to call home, but I’ll take whatever I can get. For the rest of the time, I’ll force myself on him via texts and phone calls.

The college had me believing that a month after being on their own, the kids would be homesick. Well, it’s been a month and two days. He’s not homesick yet. I’ll keep you posted if it happens.

Do finances get a breather?

Back-to-school was expensive around here, and I’m sure it is everywhere else, too. Add in marching band, jazz band, and all the other extra fees and I whined like a toddler at bedtime.

We love our boys. We do what we can to help with expenses. They knew that to go into college they would have to take on student loans. We talked about how expensive it is and how long it would take to pay off. Still, there were fees that needed attention before they even got their financial aid settled.

There were the application fees, the SAT transfer fees, the enrollment fees, the placement test fees, the dorm down payments, and the purchase of supplies to begin life on your own: toiletries, towels, bedding, laundry aids, refrigerator (thankfully, we only had to buy one since Twin B’s dormmate bought a rather large one), etc….

So, a tad expensive, but the boys had jobs and they helped with the purchase of a few of those expenses. Still a big chunk out of pocket, but almost comparable to a typical high school year (minus any big band trips – we had a couple of those and with twins, holy moly).

Once Twin A is off to college we’ll see a good decrease in the expenses around the house: food, laundry, electricity, water, vehicle wear-and-tear, and gas for the vehicle will all drop drastically. I’m sure we’ll find a few more savings and I’ll let you know as we discover them.

Are you happy? Are you sad?

I’m happy. This is what we look forward to as parents. That our kids are ready to expand from our clutches.

I’m sad, only in a selfish way. I want them with me.

Thankfully, my kids know how much I love them and they do their best to kindly inform me when I’m a little unreasonable. That entails them giving me a snarky stare and saying, “Mom, you’re being unreasonable.”

Here’s something that most people don’t think about deep in the throes of parenting. There was a time I wondered how we all fit in this house. We have just over 1500 square feet. To some that is a mansion, to others, that’s a closet. When all five of us lived here, it felt congested at times. Then our oldest moved out and it seemed a wee less congested. Twin B went off to college and the house became bigger. With Twin A preparing to leave, my husband and I both are looking at this place and realizing, it seems too large. Too empty without all the kids underfoot. We’re thankful that we enjoyed, and bemoaned, the square footage of our house, it kept us close to each other.

If you are bemoaning that your family is crammed together in tight quarters, I assure you, you’ll appreciate it later in life. The tighter the quarters, the more you see your family and interact with them. The more you get to hear the squeals of laughter and the bellows of arguments. Those moments will stick in your heart when they grow up and out.

There are positive sides to these big changes, we get our own spaces. That’s fun. And I’m sure there are many more and of course, I’ll share as I find these little gems.