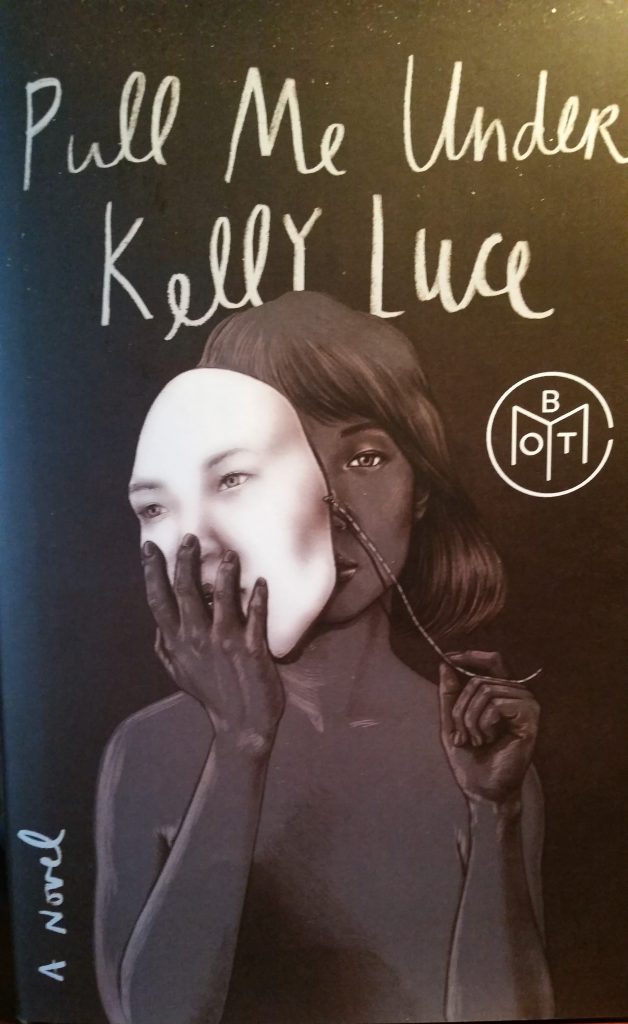 Genre: Literary with a soft mystery bent as to why things happened

Pull Me Under is about a lady (hafu – half Japanese, half American – bonus, learned a new word) who killed a classmate when she was younger and living in Japan (No worries, I’m not giving anything away. The first page is a prologue disguised as an excerpt from a news magazine and it covers the murder).  She served the time (noticing a theme in my first two picks in my new blog direction) and is now married with a child herself.  She must return to Japan for her father’s funeral and it’s through this that we learn about the past and she learns about herself.

Fun fact: my first Book of the Month book. Squueee!

Alright back on track. I really loved this book. Part of the appeal for me is deciphering what is real and what is for the story, especially in a culture different from what I know. For example there is talk of a pilgrimage around twelve temples…and that is real, which gives me something to research and learn about.  When I can learn through fiction, that’s always a joy. Ms. Luce weaves some Japanese words into the story and it’s a beautiful treat.

The book is written in the first person POV. What I find fascinating is that Ms. Luce has the story very well balanced between past and present tense. Usually one tense takes precedence, but I felt it flowed evenly between the two and I would love to hear your thoughts on this.

Excerpt from page 5, which is the first paragraph after the prologue. This is first person done exceptionally well, in my opinion.

“Kawano Juvenile Recovery Center occupied a compound originally built to house orphaned A-bomb survivors. It was turned into a detention center for juvenile deliquents during the seventies. Some kids claimed the bomb survivors had brought radition with them and infected the place, that no one could recover there, but for me it became home. I was twelve when I arrived, and I didn’t leave until my twentieth birthday.”

I love that she didn’t start the first paragraph with “I” followed by some action. This is difficult, I’ve struggled with it myself and gag everytime I read seven of my sentences in a row that begin with “I”. Ms. Luce has this down.

Another thing that Ms. Luce has done well is a smooth flow from past and present. She doesn’t lose you. By this I mean, sometimes you’re reading a book and the character jumps back in the past and next thing you know the character is in the present and you have to go back a few pages to find where this happened.  That does not happen in this book.  Sometimes in stories the transition from past to present is so obvious it’s jarring. That does not happen in this book. All transitions are smooth and clear.

I would love to include an excerpt of a section to show the smoothness between past and present, but I fear that doing so would cross over into a gray area of what is an acceptable amount to quote from a book. So if you’re looking for a book that does the flow well, I highly recommend this one.

Onigiri – a treat she describes in the book that I want to try. Not a fan of seaweed, but the plum and rice sound oh so good. This link takes you to a blog of what I’m guessing is the same item, in the same wrapping.