You’ve noticed the small design change, but here’s where I’m going with the content. When I began writing it was hard for me to decide on POV (point of view) and tense. At first it seems simple:

But as I delved further into the subject, it’s much harder than I realized.

A good first person account is hard to write and when you come across a story that writes one well, it is amazing.

Tense is an issue as well because even in present tense there is backstory to dredge up and then comes the balance of present and past and it needs to be done well enough that a reader doesn’t get lost in the reading process. Whew!

If you have a  recommendation for a book that does a particular POV or a past/present tense transition well, please let me know.  Leave a comment, email, Tweet, Facebook, whatever works best.  🙂

So from here on out I’m going on a learning process and I’m hoping you’ll join me and feed in your thoughts. I’ll post about a book or short story each week. And I’ll list out POV and tense, plus what I feel works and why. The more I do this, the more in-depth my posts will become. These first ones are going to be sparse, until I learn more. 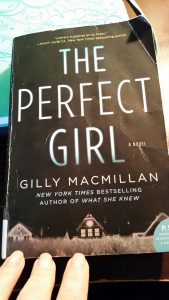 Also, in case you’re an author looking for comparable books and who may have published, edited, or agented (is that even a word?) a book, I’ll list those as well in an effort to make the process a little easier.

Editor: Amanda Bergeron in the U.S.

The story is about a young girl who made a mistake and did the time for it. After serving her time, her and her mother begin their “second chance life” with a new man and his son. Unfortunately the happiness isn’t long lasting and her mother winds up dead. The story is told over the course of a day (a 24-hour time period). That’s hard to do, keep a story entertaining over such a small time frame.

The book is told in first person, mulitple points of view from Zoe, Tessa, and Sam for approximately the first ¾ of the book, then we get a fourth person, Richard. He is also in first person POV.

Before the concert begins, I stand inside the entrance to the church and look down the nave. Shadows lurk in the ceiling vaults even though the light outside hasn’t dimmed yet, and behind me the large wooden doors have been pulled shut.

Usually, I’ll stick to one paragraph, but with multiple characters having their say, I’m going to give the first paragraph of each character so that you get an idea of voice and style as well.

At 8 a.m. Tessa still hasn’t stirred, but I’ve been awake since dawn.

I’m a criminal lawyer, with a heavy workload. I often work late and usually I sleep heavily until my alarm goes off, but today I have a hospital appointment that’s been burning a hole in the page of my diary for more than a week, and it’s on my mind the minute my eyes open.

When you don’t have kids of your own, people have a tendency to give you things to look after. I think they assume that you’re lacking in outlets for any nurturing instincts that you might have.

Keep Calm and Carry On.

It’s a slogan you see everywhere these days, it’s even printed on one of the tea towels that’s draped over the radiator in our kitchen. It might have recently become part of popular culture, but that slogan has its roots in wartime strength and self-sufficiency, and today I vow to be its living embodiment, because Maria’s death is a tragedy that has thrown our family into crisis, and somebody needs to keep their head.

This one is pretty simple first person all the way around. It is told in mostly present tense with backstory to fill in for all the characters.

The first person was okay, but could have used a lot less: I did, I opened, I saw, I thought.  To me it feels like being held at arm’s length so I can’t get close enough to the characters to fully care about them.

Personally, I was disappointed that Richard’s character came so late in the book. I don’t believe Sam’s narration was necessary. (Spoiler – if you’d like to avoid this just skip to the next paragraph: Tessa is having an affair with Sam and she’s married to Richard. The only reason Sam is in the book –I think- is to point out what Zoe was like after the accident and provide a little extra sub-plot. I really don’t think his voice or story added anything to the book that the author couldn’t have gotten across to us with one of the other character’s mentioning it.)

This is an instant where the book was good, but could have been great if it was a hundred pages shorter and we didn’t have an extra narrator that really added nothing to the story.

Have you read the book? What did you think of the Sam Narrator?

Next Week: Pull Me Under by Kelly Luce