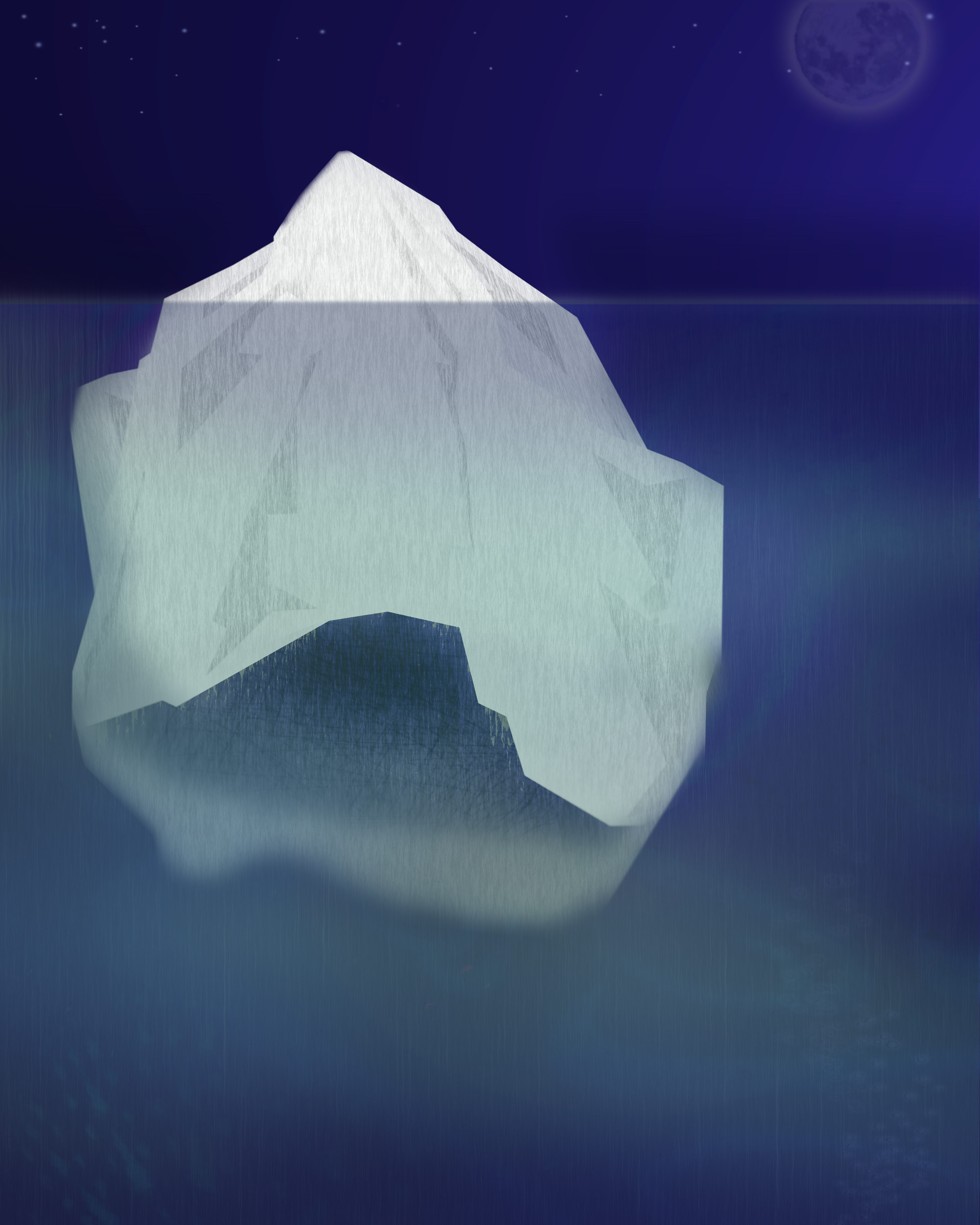 A beautiful peak floating in the ocean. Just like most things that have a peak, it also has a wide base. Unlike a mountain where we see the massive width before we get to the top, the iceberg hides its base. When the Titanic struck the ol’ berg people didn’t think too much of it. It was, after all, a tiny ice mound compared to the hulking metal monstrosity they were safely aboard. We all know how that turned out. The dark blue waters hid the bulk of the iceberg.

What do icebergs and customer service have in common?

Hidden depths of massive proportion. Depths that can open a ship like a can of sardines and sink an associate in a barrage of complaints.

As customer service representatives we don’t see all the treacherous terrain someone climbed before arriving before us. We don’t know that they were just out chopping trees for six hours to remove them from their drive. Or that they were awoken at three in the morning by a leak in their roof and that they spent the next three hours dealing with it. Possibly, their parent’s nursing home called again about dad’s agitation episode from Alzheimer’s. We don’t know the pressure they are under at work, maybe layoffs are looming, maybe they’ve been working fifty-hour work-weeks.

We see the tip of their iceberg. The tiny scope of land where their balance is wobbling under strained mental and muscle fatigue. The moment so precarious that one wisp of wind or, in this case, one wisp of an error will send them toppling off the precipice.

Yes, the customer may be snappy, most of us are when at our wit’s end. Yes, they may even be rude…maybe not intentionally. It’s easy to get sucked into the negative, exhaustive attitude and give it right back to them. However, you could also be the glue that helps them get through their day.

By overlooking the attitude, smiling, and making the transaction as seamless as possible, you could be the one thing that has gone right for them. They may not realize it, they may not thank you, they may still be grouchy, but that moment may turn their whole day around.

The next time you get an unruly, rude, huffy, bitter person, take a deep breath. They may just be standing on the tip of an iceberg nearing a slide into oblivion. Give them a bright spot they can cling to, something to start a safe descent from the slippery berg.

No, we’re not saving lives, but providing a little relief from mental fatigue can be valuable, too.